This game is being created as a project of my work at Hiroshima Peace Culture Foundation. Even though mainly focusing on the events of a nuclear weapon attack, It is not going to take place specifically Hiroshima or Nagasaki but in the fictional city Aston, telling the story of David, a boy attending kindergarden, and his family Adrian, Aki and Linda. The story is heavily inspired by the Manga "Barefoot Gen", but I include some other experiences, that I learn about at my work, as well..

Regarding playing style, it is going to be an adventure game with a fixed story although I am planning on implementing optional events too (let's see, how difficult that is going to be) that will influence certain aspects of the story.

Current state of the game

Currently available is the first version of the games prototype which shows most of the games functionality and mechanics already. You can take a look at it here.

Yeah, I was wrong about that part with "most of the games functionality"... Since then, I probably doubled the scripts and coding. But anyways. Since Tuesday 24. October, the Demo/Beta1 is available for download, testing and seeing how the game is going to turn out eventually. This time it is probably really including all the games functionality. In it, you play through one of Davids typical days since the war began.

(The browserversion is currently not working though, seems like the game is too big for the browser already. Let's see, if I can do something about that) 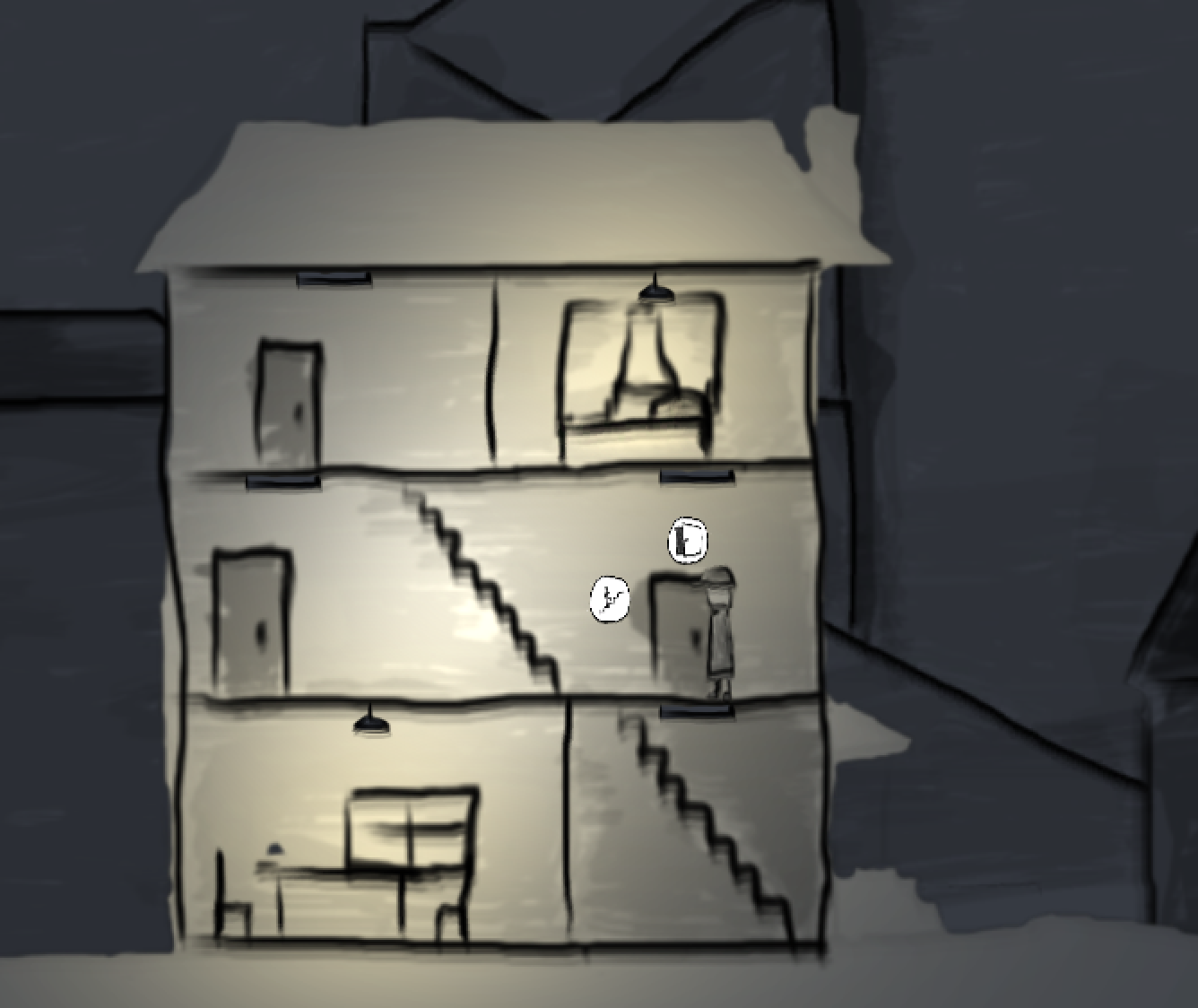 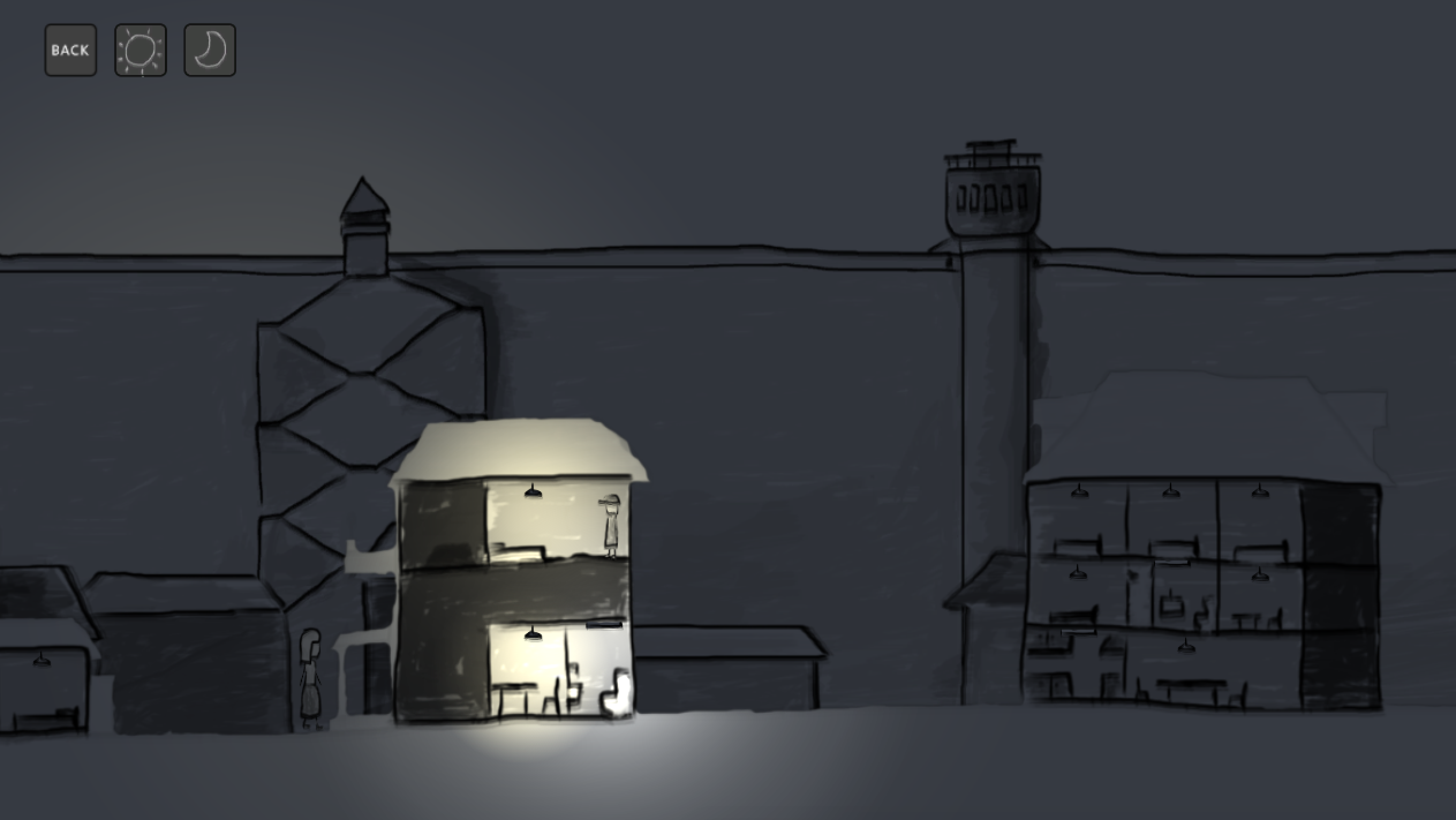 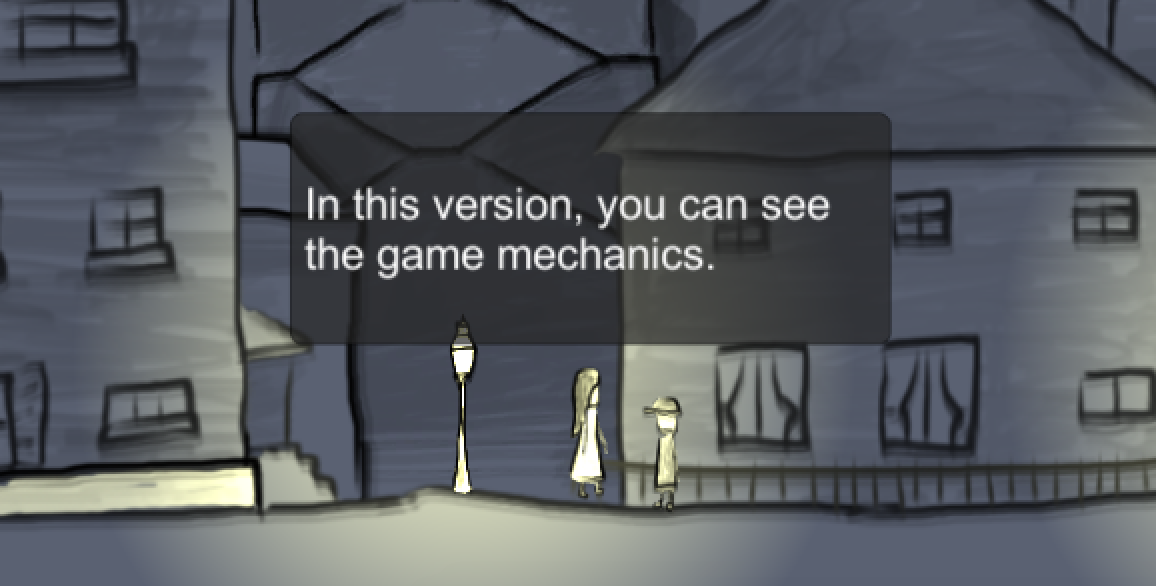 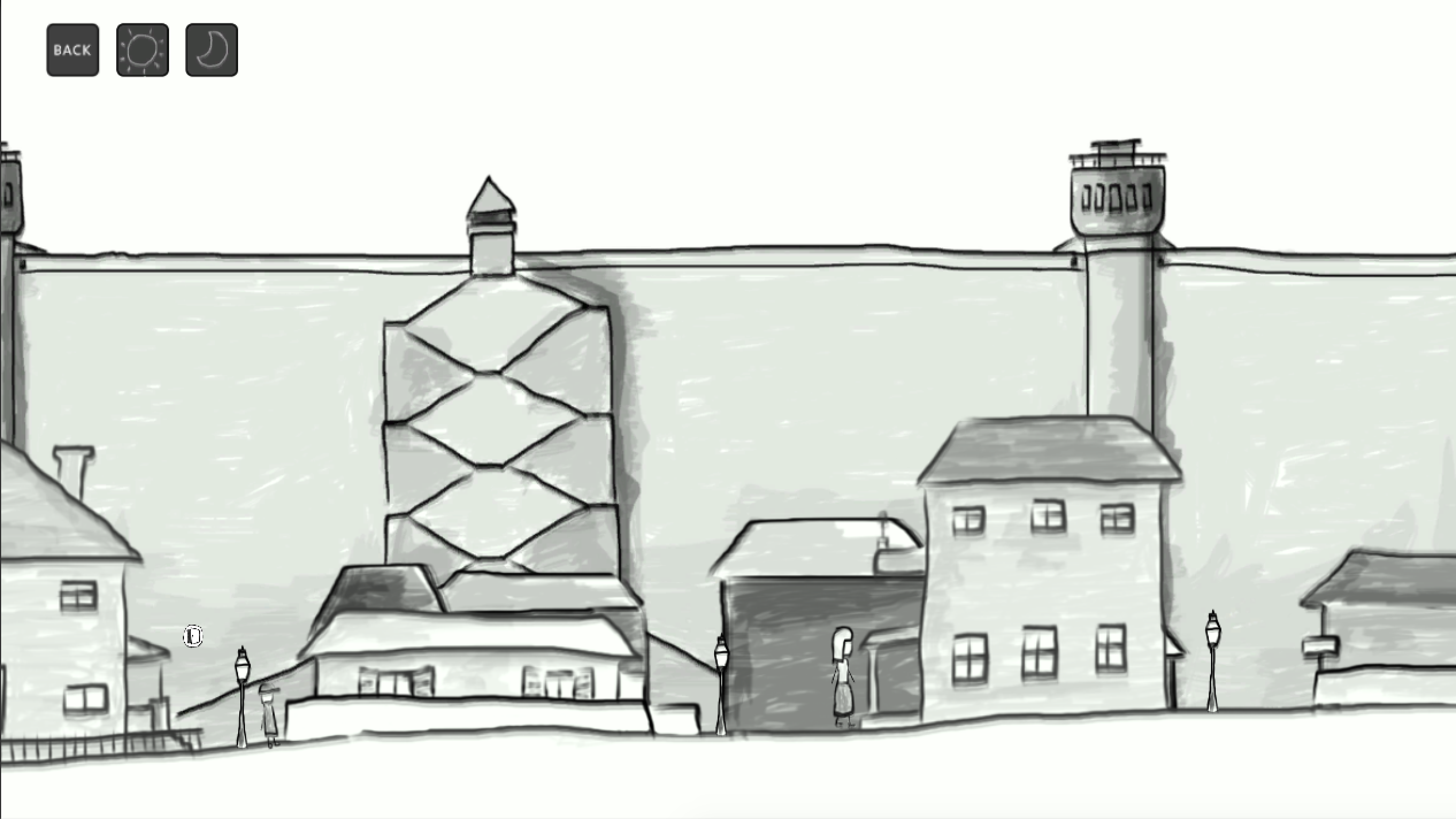 There is a second version of the prototype planned (going online hopefully somewhere in the middle of October) which is going to include all of the games graphics, areas and npcs. So it is basically the finished version of the game without any storycontent yet. This plan changed. Now it is the Demo/Beta1 featuring parts of the story but not all of the graphics.

After that I am planning to work on a third prototype which is going to feature a short part of the story of the game. Done. Next up is the rest of the game.

After that no more prototypes, only a finished game (I am hoping to achieve that within 2017, but that highly depends on how much time I am going to have available in the future).

Experience the story of four protagonists in a country waged by war.

Handdrawn 2D graphics in a depressing black and white style.

Learn about events that people in warring countries have to live through every day.

A lot of research went into creating the story (this research will probably be published at some point).